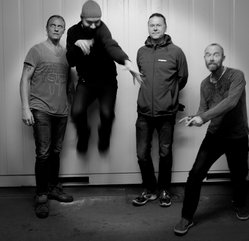 Ritual was formed in 1992 in Stockholm, Sweden, by drummer Johan Nordgren, bassist Fredrik Lindqvist, guitarist-vocalist Patrik Lundström and keyboard player Jon Gamble. Influenced equally by progressive rock of the 70s and contemporary bands like The Police, XTC and It Bites, Ritual forged their own distinctive brand of progressive music. The characteristics of the band's sound were already prominent on their eponymous debut album, released in 1996: song based, melodic and intense, with a great stylistic variation, and plenty of folk music influences seeping in. The latter feature is not least due to the band's frequent use of odd acoustic instruments like bouzouki, mandola, whistles and keyed fiddle (nyckelharpa). Songs like "Seasong For The Moominpappa" and "A Little More Like Me" also showed something that would become a hallmark of the band: lyrics inspired by Tove Jansson's novels about the Moomins.

The album, originally released by the french Musea label, was very well received by both listeners and critics, so the band embarked on an European tour, taking them to Germany, The Netherlands, Belgium, Italy, Hungary and England. During the following years Ritual established themselves as a confident and powerful live act.

In 1999 Ritual had parted ways with Musea, and the follow up to the debut album, "Superb Birth", was released by the band themselves. The music on the sequel showed a certain deviation from the debut, in that the songs were a little more straight forward.

After some sporadic gigging in support of Suberb Birth, Ritual teamed up with the German record label Tempus Fugit, whose first release would be "Think Like A Mountain", the band's third studio album. Released in 2003, this album once again showed a certain stylistic change in relation to its predecessor. The approach was more playful and exploring this time, and together with their constant co-producer and engineer Hans Fredriksson, the group experimented a lot with both sounds and arrangements in the studio. Lyrically, several of the songs revolved around ecosophical themes - another distinctive feature of Ritual.

Following the release of "Think Like A Mountain", the band toured Europe with their German label mates RPWL, and in 2004 they joined forces with their fellow countrymen Anekdoten for another trip around Europe. On this tour, all of Ritual's performances were recorded. The fruit of this effort became the group's first live album, released by Tempus Fugit in 2005: "Ritual Live". The double CD features 18 songs from the band's career up until then. Tempus Fugit also re-released re-mastered versions of the Rituals first and second album.

Ritual's fourth album would be their most successful to date - and perhaps their most progressive. "The Hemulic Voluntary Band" was released in 2007, and this time Ritual went all in on the Moomin valley. While not a concept album per se, all songs but one draws inspiration from Tove Jansson, perhaps most notably the 26 minute epic "The Dangerous Journey", based on Janssons imaginative and haunting picture book "Den Farliga Resan".

The first part of the subsequent tour was carried out together with Beardfish and Andy Tillison's The Tangent. Later Ritual went to Mexico to partake in the "Baja Prog Festival", where they opened for The Tony Levin Band. In 2008 they made their first ever visit to the United States to play at RosFest, one of North America’s longest running art rock music festivals.

In the following years, Ritual stepped away from the limelight, and remained so much and for so long in the shadows that many began to wonder if the band still existed. In fact, the work on the epic "Dangerous Journey" had whet the band's appetite for putting music to a narrative. And so, Ritual begun to indulge in their most extensive and intricate creation ever: "The Story of Mr. Bogd". Based on an original story written by the band's bassist and main lyricist Fredrik Lindqvist, "The Story of Mr. Bogd" consists of over an hour and a half of music, divided into two albums. And so, late in November of 2020, the world finally saw the first release from Ritual in 13 years: "Glimpses From The Story of Mr. Bogd", an EP featuring songs from the two up-coming albums, of which the first is scheduled to be released during 2022. 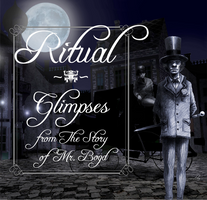 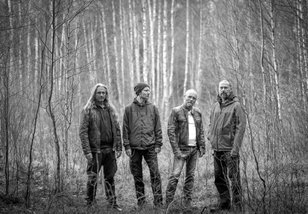